KİGEM > Makaleler > BLOG > “The Success Guru” Mumin Sekman’s new book: “Unlimit Yourself, The anatomy of flying with your own wings”

“The Success Guru” Mumin Sekman’s new book: “Unlimit Yourself, The anatomy of flying with your own wings”

UNLIMIT YOURSELF, PASSION,LIMITS AND SUCCESS!

The anatomy of flying with your own wings.

A step beyond your achievements, what awaits you?

How are the limits of human success defined?

How can a person determine what is and what isn’t achievable?

To what extent should we push our limits?

In search of an answer to that question, this book draws on a wealth of sources, from the ancient Greek philosophers to American business gurus, from traditional Indian fables to Chinese sages.

The author employs Eastern wisdom and Western techniques to help the reader discover the boundless limits of human success.

If you’d like to soar on the wings of your own mind, this book will help you discover endless opportunities for success by teaching you to push your limits.

• Great success comes from the heart, develops in the brain and is brought to life by the hands.

Mumin Sekman is a author who has become an expert on achieving success.

He has focused on the intellectual dimensions of success and he is known as “The Success Guru”.

While still a law student, Sekman realized that he was more interested in the natural laws of success than in the Law and began his research.

After finishing university he chose the study of successful people as his field of expertise and performed an analysis of how they had achieved success. He then presented this information as a model for success.

He has written a number of books reflecting his findings. To date, over a million copies of his books have been sold in various countries and languages.

He is particularly interested in a synthesis of Eastern wisdom and Western techniques. The observation of behavioural models for success in different cultures has become his “hobby.”

The author has adopted an increase in the number of successful people across the globe as his personal mission.

“ I am convinced that success can be learned.
You are neither the first to have tried your hand at achieving success in this world, nor will you be the last. Billions before you attempted to be successful.

Some succeeded, while others did not. Of those who did succeed, some accomplished major feats, while others achieved medium-sized or even tiny little successes.

Many of those people who attempted to be successful have shared their methods by either writing or talking about them. They have related, to the best of their knowledge, what worked and what did not. All this has contributed to the creation of a knowledge bank of success. Each one of us should make use of this source.

The advancement of humanity begins with the success of the individual. A successful person blazes a trail for others to follow. What the world needs most is greater numbers of successful people.” 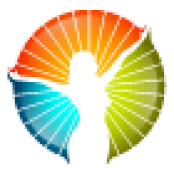